Mkhitaryan arrived in Rome on Monday morning (September 2) to finalise the deal and underwent a medical with the Serie A side. He will wear No.77 shirt for the Italian club.

According to Sky in Italy, Roma will pay Arsenal a loan fee of €3m (£2.7m) with the deal not expected to include an option to buy. 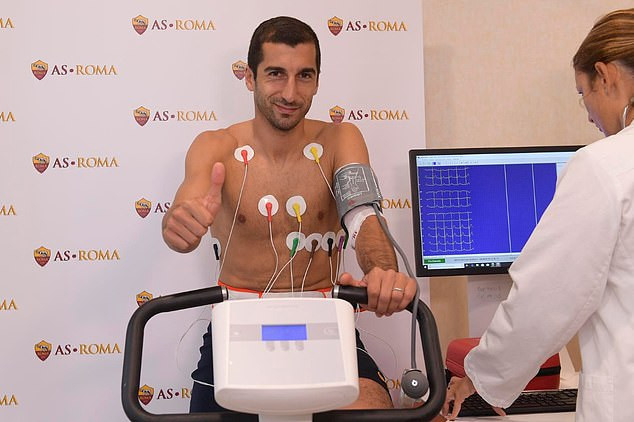 The 30-year-old Armenian footballer joined Arsenal in January 2018 in a swap deal that saw Alexis Sanchez leave the Gunners for Manchester United. He scored nine goals in 59 appearances for Arsenal

His move to Roma comes just days after Manchester United defender Chris Smalling also joined the club on a season-long loan deal, as well as Chelsea‘s Davide Zappacosta who was also signed on a 12-month loan.

I am still going to choose family over everything else – Kanu Nwanwko reacts to Osaze Odemnwigie’s claim of his wife Amara chasing him...