The burial of Robert Mugabe, the late former president of Zimbabwe has been postponed indefinitely.

The burial was earlier scheduled to hold on Sunday September 15th in Zimbabwe but its not likely to hold again as family members of the deceased ex-president confirmed the development to Zimlive. 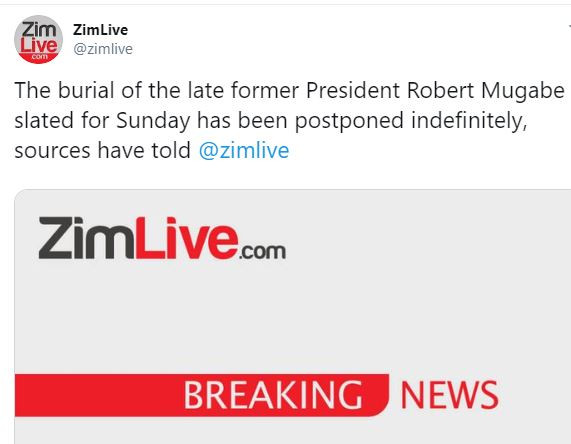 Mugabe died on Friday at the age of 95 in Singapore, where he was receiving medical treatment.  Mugabe’s body is expected back in Zimbabwe on Wednesday.