Nigerians on Twitter are using the hashtag #ShameonNTA to drag the Nigeria Television Authority for the ‘poor live coverage’ of the Nigeria Vs Benin football match played at the Godswill Akpabio International Stadium, Akwa Ibom on Wednesday evening November 13th.

SuperSports, the South African cable sports channel recently announced it  would no longer continue broadcasting any Confederation of African Football content following the sudden cancellation of the deal between the continent’s football governing body and French company, Lagadere Sports.  Since then, the sports channels has not aired the ongoing U-23 African Cup of Nations in Egypt and also did not air the Super Eagles game.

The Nigerian Television Authority NTA was left with responsibility of broadcasting the AFCON qualifying match yesterday but from the look of things, Nigerians are beyond disappointed at the way the match was broadcasted.

A video making the rounds on social media showed the moment the commentator said Super Eagles won Nigeria 2-1 and another video shows the moment the stadium coverage was only station to one side and people couldn’t view the whole pitch. 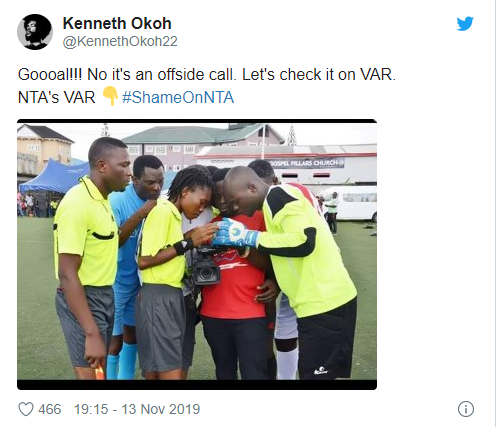 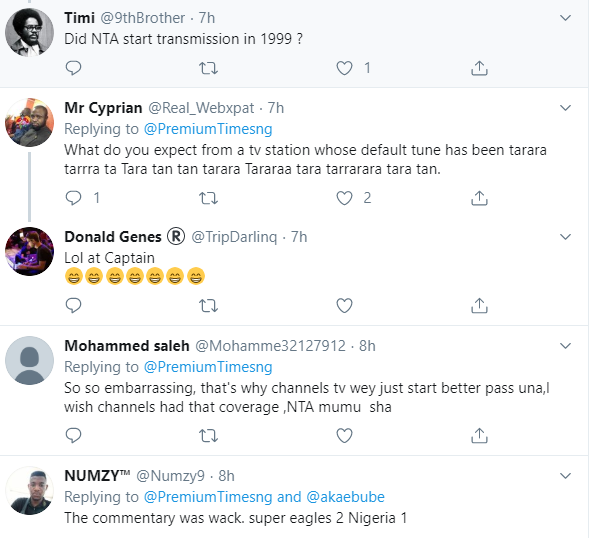 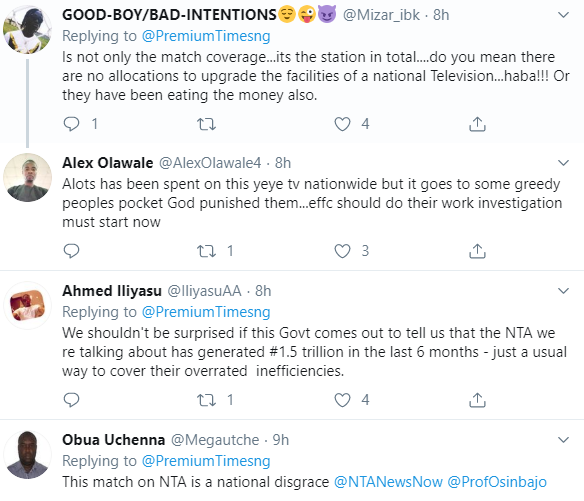 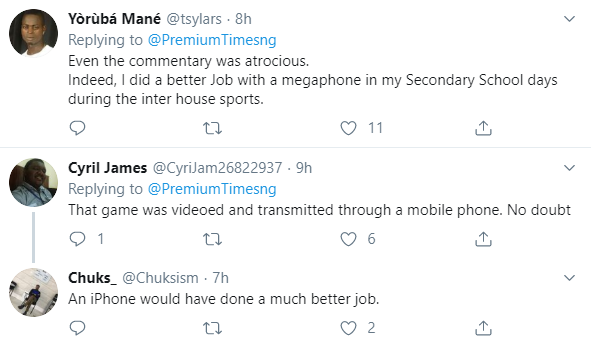 BBNaija: “I want to kiss you” – Dorathy tells Brighto