Most of the photos were taken while standing close to their luxury cars. Some went as far as sharing videos of their garage with numerous luxury cars. Others posed for photos in private jets.

Other Twitter users were amazed at how much money is in the North.

One particular Twitter user who posed with two Rolls Royce cars in the background shocked people when he revealed his father has 3 Rolls Royce and 7 BMWs.

The show of wealth angered some Nigerians from the South. They alleged the northerners’ wealth is from “oil” and also money made from politics and public funds.

This soon led to an argument on Twitter while Arewa Twitter users continued to show off their wealth.

Below are some tweets. 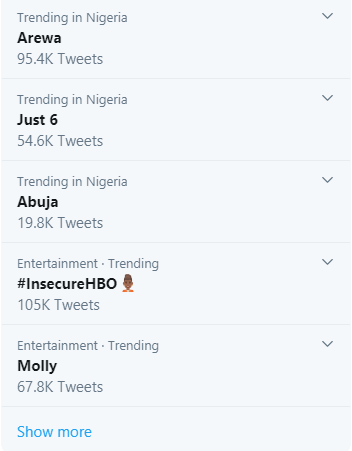 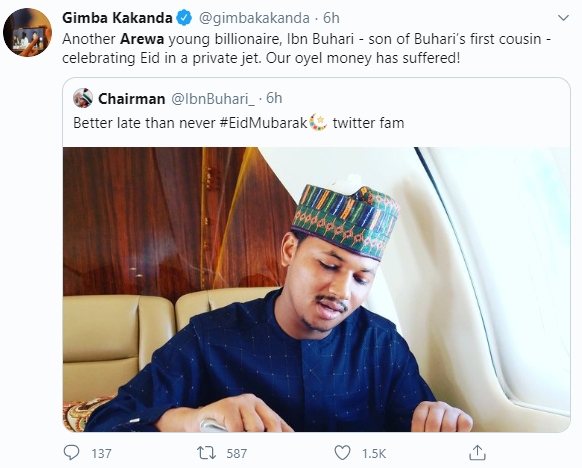 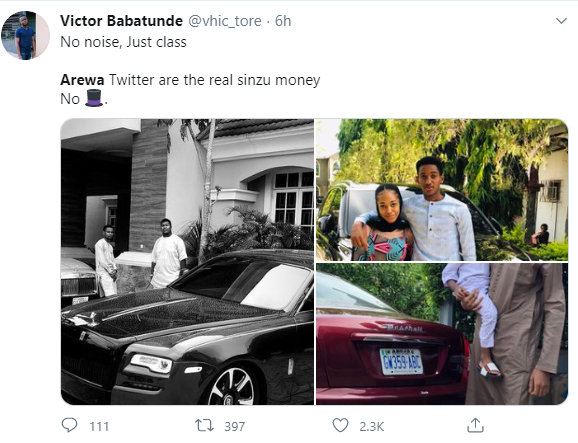 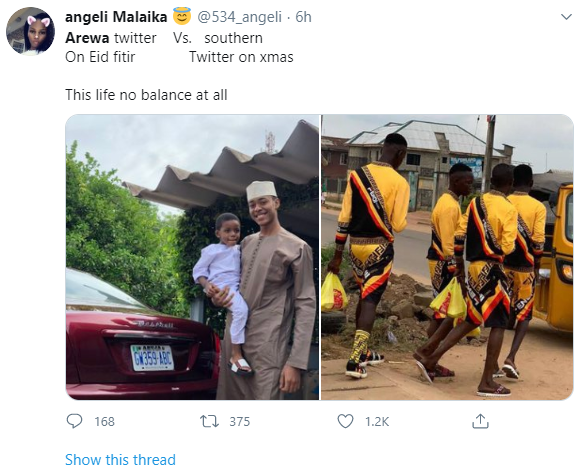 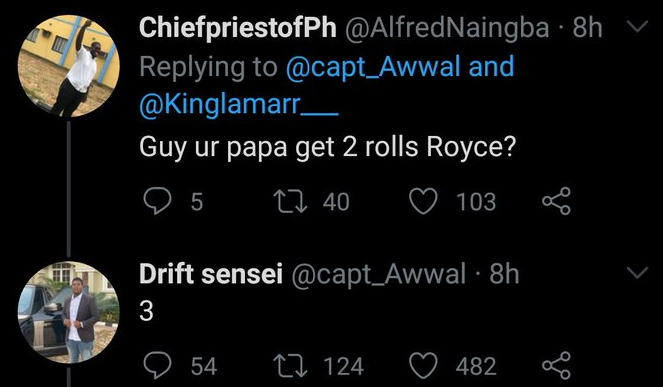 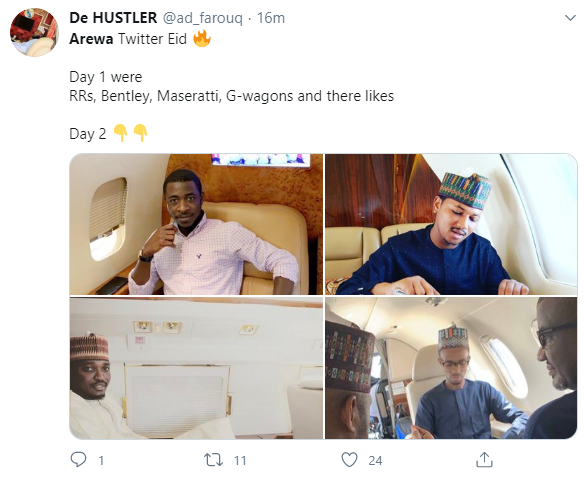 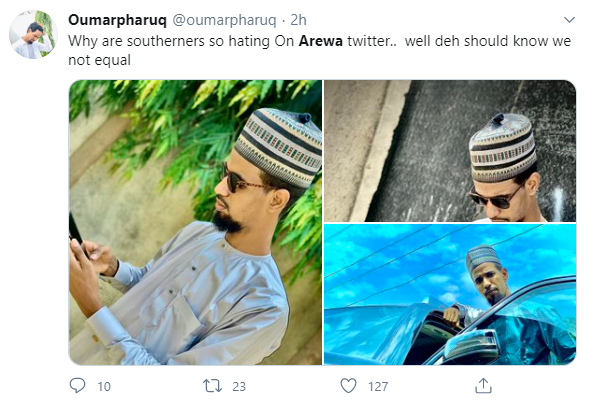 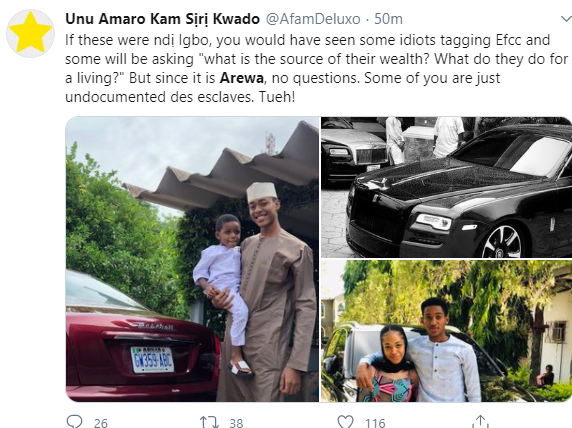 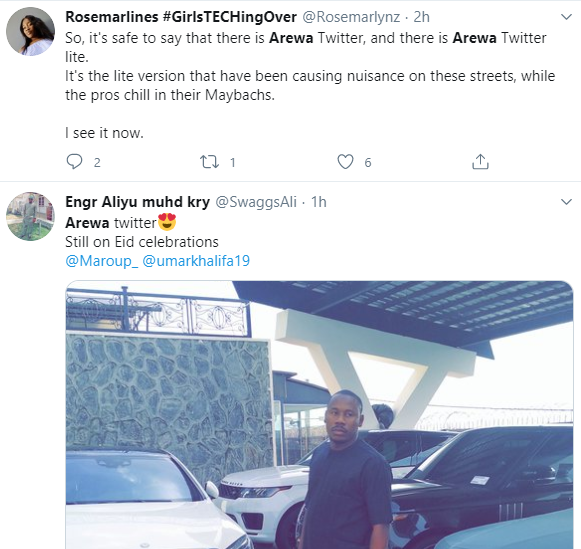 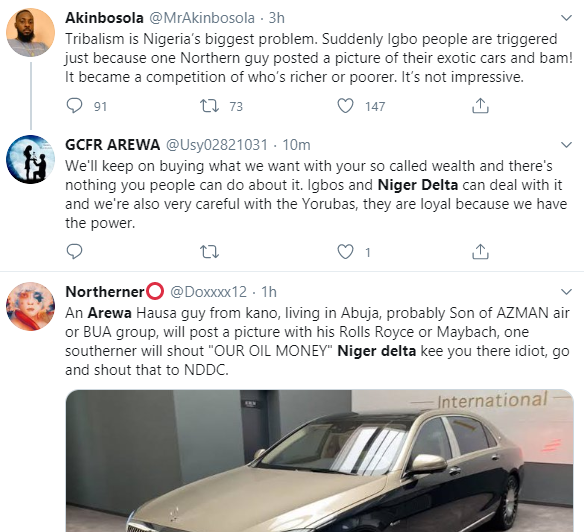 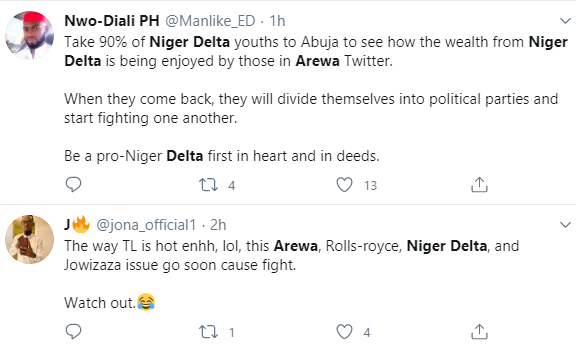 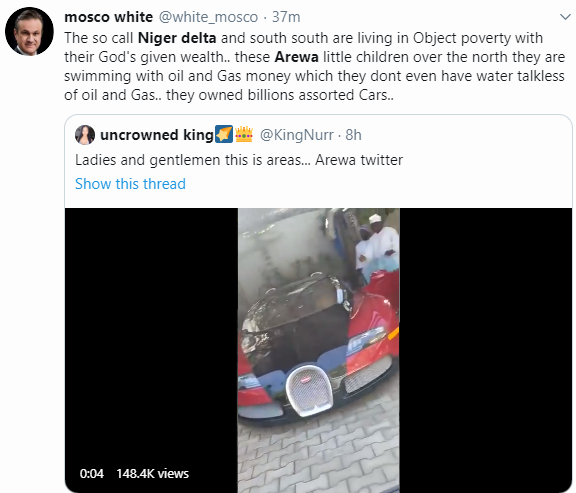 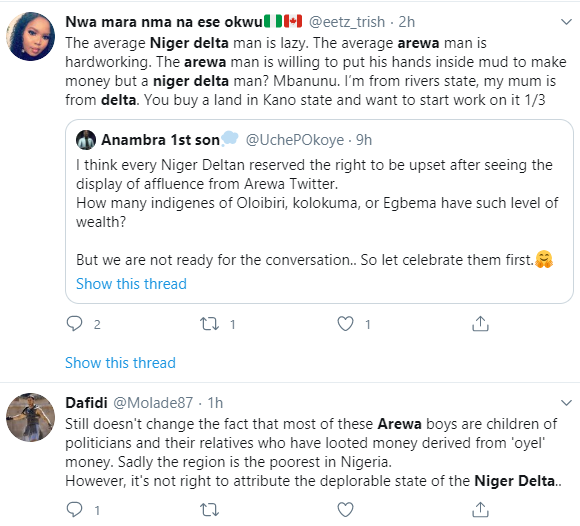 Arewa boys running a fast car race on the roads of Abuja 🤑 pic.twitter.com/XP1YjZFGi4

Ladies and gentlemen this is areas… Arewa twitter pic.twitter.com/OuJ61zOQvf

I pray to have a son like you – Lady praises Hushpuppi