An orphan named Esther Sunday Akpan has been a victim of child abuse and concerned Nigerians are calling for help on her behalf.

Esther sells sachet water and bananas on the streets and doesn’t go to school.

On Saturday, October 24, she was seen carrying bananas on her head to sell but what caught people’s attention were the bruises on her legs.

When questioned, Esther explained that her aunt allegedly put a knife on fire and then placed the hot knife on her legs.

She said she was burnt by her aunt because she took 200 Naira out of the money given her to use in buying pure water to sell.

The girl explained that she used 100 Naira to buy food and the remaining 100 Naira for transport. This angered her aunt and led to the abuse. 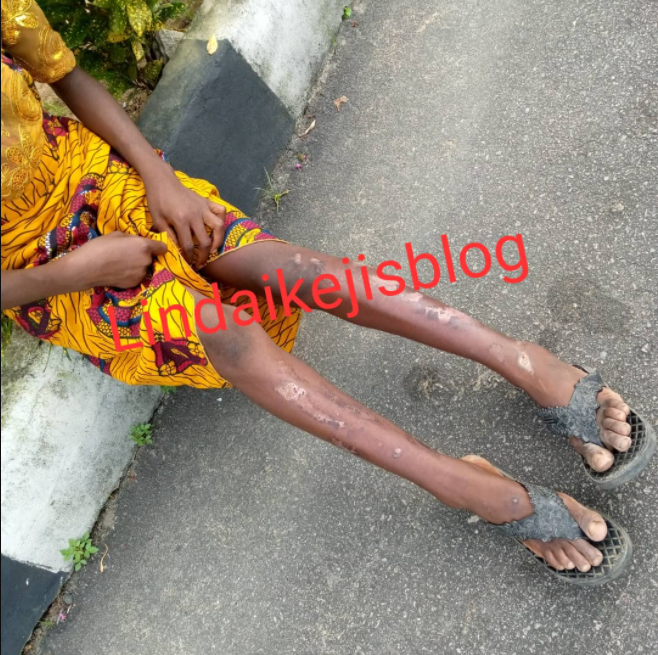 Esther said her parents are dead so she lives with her mother’s sister who allegedly maltreats here. 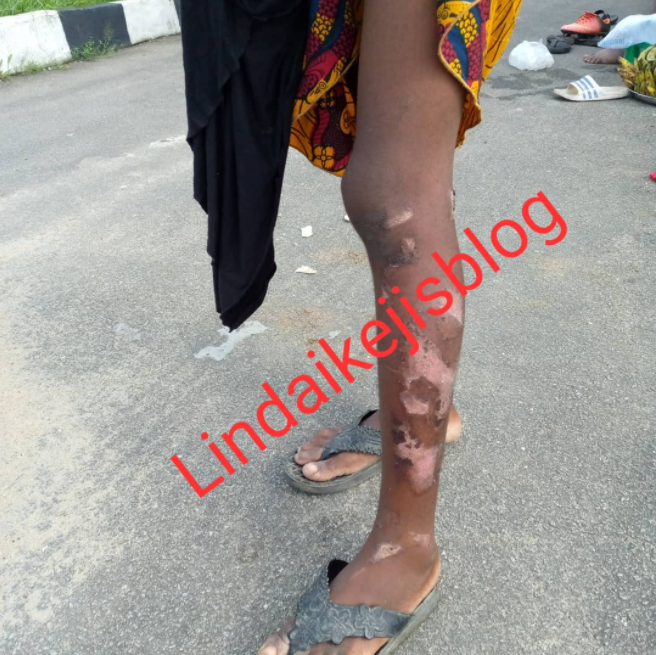 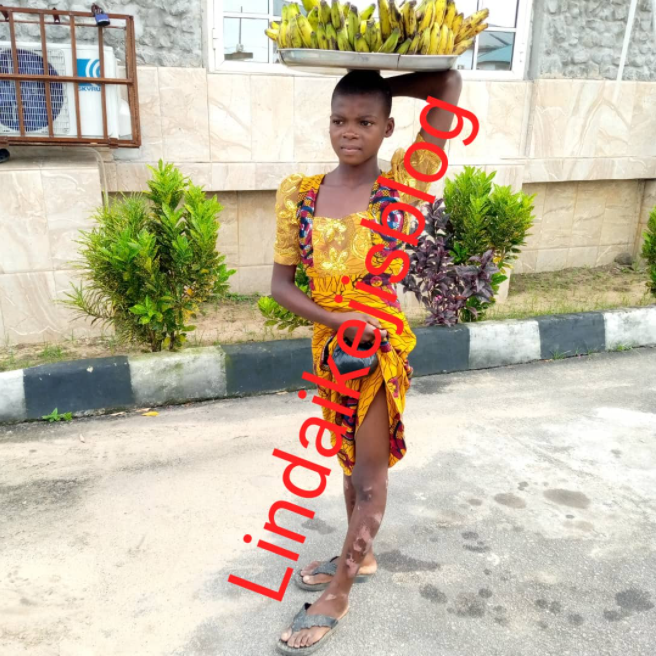 Below is a video of Esther narrating her ordeal.

Our recession will be shortlived- Lai Mohammed

Bobrisky shares video of himself and a man in his bed

Newly wedded actor, Williams Uchemba reacts after he was accused of...