47 cows worth over N10m have been crushed to death by a train in Osogbo, Osun State, when the coach detached from a train.

The incident occurred at the back of the regional office of the Transmission Company of Nigeria, Powerline area around 3pm.

It was gathered that the last coach of a Kwara State-bound train suddenly detached and ran over the animals.

Speaking to journalists, a herdsman identified as Rabiu Ismail, told journalists that the dead animals were worth over N 10m.

According to Ismail, he and his fellow herdsmen were moving with their animals in the area when they heard a loud noise as the last coach detached from the body of the train.

“We just heard a loud noise and the animals were moving not far from the rail line. Many of them were crushed. About 47 animals worth N10m were lost.” he lamented. 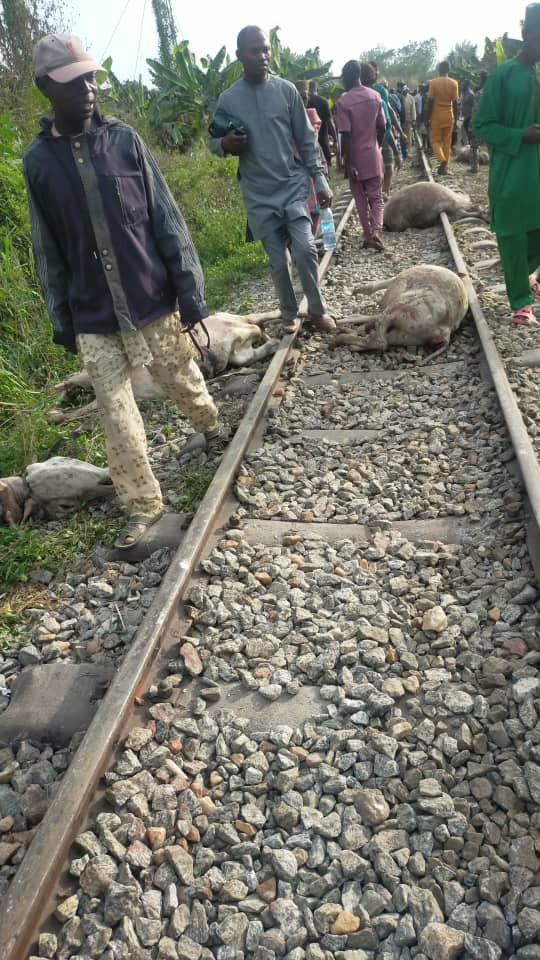 Wizkid reacts as die-hard fan tattoos his face on his arm...